A recent report released by Zion Market Research got me thinking that blockchain is becoming a reality in various industries, including fashion. No longer only used for cryptocurrency transactions, the report valued technology to reach $307 million by 2024 which illustrates how blockchain could have the potential to play a vital role in manufacturing.

Nowadays, it is not unusual for various industries to find value in using the blockchain. It is an adoption that has increased investment made in the technology in the past few years. Mainly used to streamline business processes, the report estimated that the overall spending on the technology doubled in 2018 to about USD 2.1 billion as compared to 2017. Adding to this, Gartner, a global research and advisory firm, stated that by 2030, an industries-wide “value add” of blockchain technology could top $3.1 trillion.

When it comes to manufacturing, blockchain erases the traditional business practice of ‘less transparency, gives a company a more competitive advantage’.  As the value in utilising blockchain solutions gains popularity over the cloak and dagger approach to manufacturing, many companies are increasingly feeling the pressure to change their usual methods from consumers demanding transparency and asking #WhoMadeMyClothes?

Although confrontational, it is a valid question. Especially when the Ashridge Centre for Business and Sustainability at Hult International Business School and the Ethical Trading Initiative reports that 71% of fashion brands believe that they probably have modern slavery occuring at some point in their supply chain. So it should come as no surprise that as blockchain grows in popularity, many companies are rethinking their brand positioning and business models as they look to the technology to transform their apparel supply chain in various aspects.

Fashion companies adopting blockchain are using the technology to solve common manufacturing problems. These difficulties include improving traceability of faulty or expired materials, creating a secure chain of custody that everyone can see, but nobody can tamper with and allowing product owners to sell back anonymised data gathered by their purchased electronic devices.

Adoption and Execution of Blockchain 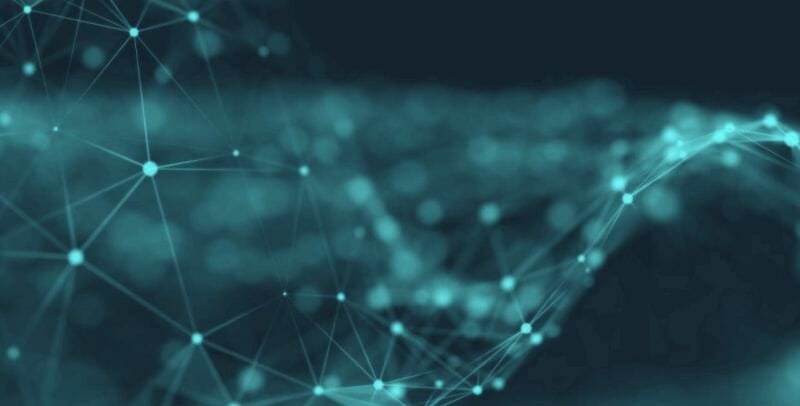 Helping businesses solve these common manufacturing challenges are forward-thinking companies. They have come up with blockchain solutions that have been aiding the fashion industry by making things a little bit simpler when it comes to manufacturing. Some of these companies include Provenance, a blockchain software company, recognised for collaborating with London-based designer Martine Jarlgaard. They have found a way of tracking raw materials at every step of the production process.

There is also VeChain, who create a digital trace of physical items, giving them a unique ID, which is paired with either an NFC chip or a QR code, depending on the client’s requirements. Faizod, who have created Global Supply Chain that uses the technology to help companies understand and implement blockchain solutions.  Sweden-based TrusTrace, a blockchain powered collaboration platform that allows transparency and product traceability between various stakeholders in the fashion industry. Lastly,  Lukso a platform that is intended to help companies build blockchain applications that lead to a more extensive network and greater viability for trust in that network.

With so much going on in this space, blockchain technology is proving to be an emerging competitive asset that is being brought to the mainstream by startups like LOOMIA. The NY based company has come up with solutions designed to collect consumer data directly from the textiles themselves and register that data on the blockchain. Although the technology is still in its infancy, there is no denying, that as we roll into 2019, we have entered a new era that encourages fashion companies to not only adopt blockchain technology to stay ahead of the curve, but to also take a fairer and transparent approach to manufacturing fashion.

Unsure where to start?