Women are Changing the Face of Business 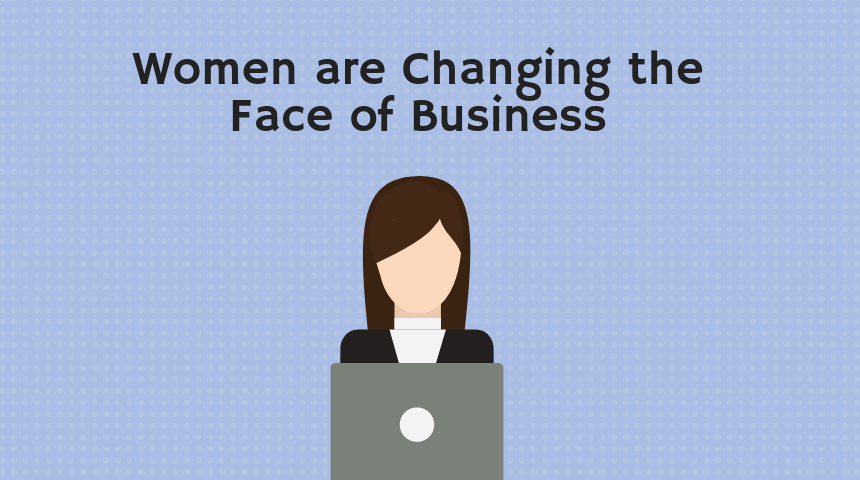 As a woman-owned and mostly women-operated company, we know a thing or two about what it means to be a woman in the business world. In what was once a profession saturated with men, the tables have started to turn in a major way.

American Express reported that women-owned businesses are growing 2.5x faster than that national average and have more than doubled over the last two decades. This growth is seen by 46% of these firms being owned by women of color.

So, what has led to this shift? Some studies have found that women are more likely than men to create their own opportunities, pursue their dreams and take control of their career. Others say that it is potentially related to the fact that women are now 16% more likely to pursue higher education than men.

Women who take control of their careers set an example for the next generation of girls that they can accomplish their goals by becoming their own boss. Many programs have been created in order to spread this information and to inspire girls across the globe.

Our own Suuchi University has awarded many women with certifications and created hundreds of jobs in our community over the past few years. Similarly, programs like SheEO encourage girls to let their inner CEO shine by connecting them with women who followed their dreams. The University of Iowa also offers its own Women in Business program that serves as professional development for women to continue fostering their business career.

While women have finally made a big enough hole in the glass ceiling to get their foot through, it isn’t enough to shatter the ceiling entirely. Despite more women starting their own businesses, there has been a 25% decrease of women as CEOs of Fortune 500 companies. This decline leads to women overall holding a fraction of top corporate jobs and men holding 76% of these roles.

This decline in representation is not only damaging to the fight for equality, but costing companies millions of dollars everyday. If the world were to close the gender gap at the same rapid rate, it could add $12 trillion to its annual gross domestic product by 2025. Women in top corporate roles bring the perspective necessary for companies to make informed and successful decisions.

While critics believe that there will never be full gender equality, the fight for equal representation in the business world has only just begun.